What Makes a Story Good

The first stop on our journey is Thomas King’s

Truth About Stories: A Native Narrative.

King starts his opening chapter with the line, “There is a story I know’. Six simple words, that’s it, and the reader is hooked. What’s the story? That’s the obvious question a reader would ask. King continues by stating that the Earth floats in space on the back of a giant turtle. What? That’s absurd, how can that be? King’s telling of the story goes something like this.

At the beginning of time, the Earth was nothing but water. There was a woman, a nosy woman, that lived on another world, somewhere above the Earth. This woman was pregnant and in her search for a Red Fern Root, to satisfy a craving, she dug a whole all the way through to the other side of the world. When the woman fell through the hole, she splashed into the water on Earth. The woman asked the sea animals of Earth if there was a large and flat place to sit. The only thing the animals could think of was the back of a turtle, so the woman sat on the back of a turtle.

King wraps up his tall tale no closer to reality than where he began. The woman has now given birth to twins and her twins have shape all the features of the Earth in mud on the back of the turtle! Rivers, lakes, waterfalls, trees, plants, and everything else, even men and women. This is how King’s story ends.

This story, told by King, and briefly retold here, contains structural elements found in many stories, that structure is referred to as a narrative arc. Remember, we’re on an adventure to discover what makes a story good, so I will suggest a couple simple questions for us to ask at this point of our journey, “what is a narrative arc?’, and “are narrative arcs essential to good storytelling?’

According to author Mark Flanagan, in his piece  How a Narrative Arc Structures a Story, narrative arcs contain five key elements, each of those elements is listed below.

You can see more examples of how narrative arcs provide structure to storytelling by watching the videos below.

PIXAR IN A BOX: STORY STRUCTURE

Let’s take another look at King’s Earth, which we now know, sits on the back of a turtle. Which, if you really think about it, seems just as plausible as the Earth being a giant rock hurtling though space at 1,700 kilometers per hour. The Turtle suddenly sounds downright hospitable!

We know King’s story contains a narrative arc and we now know what the five key elements of a story arc are. Which brings us back to our second question, “is the narrative arc present in King’s story what makes the story good?” Hmmm… Perhaps we need to continue on our journey towards discovering what makes a story good to, to find the answer.

Larsen’s story begins in the same style as King’s with a short and simple line, “We met at a New Year’s Eve party’, that serves as a hook. Who was the person he met at the party? What became of their encounter? Those are the obvious questions the reader would ask?

The story begins by introducing us to Sue, the woman whom the main character is in love with. We’re told of her complexities and the complexities of their relationship. We know that it’s imperfect.

We’re then introduced to the front door of their home, it’s yellow, like the color of the sun. The door has meaning but we’re not quite sure what it is yet. Suddenly Sue paints the door blue. Suddenly Sue has left. The only sign of her departure is a postcard that says I’m sorry.

The story concludes with our main character stumbling upon a peculiar door. Inside the building he finds a book and hears a strange rattle as he picks it up, there is a key inside the book. What could this key unlock? There is a series of entrances and exits, one door leading to another time and place, and another, and another, before our traveler finally ends up back where he began, standing in front of his home, wondering why Sue had left him, just like before.

Larsen’s tale of love and Sci-Fi travel couldn’t be more different than King’s telling of the woman falling from the sky, but does Larsen’s story share the same narrative arc structure that Flanagan supports as necessary for a story to be good? The beginning of Entrances and Exits introduces the audience to the characters (exposition). The story continues by establishing a conflict, Sue leaving for another man (rising action). Our main character is left trying to find meaning in his life and make sense of why Sue left him. His travels lead him to a key that unlocks mysterious doors that are gateways through time and space (climax). He tries to make sense out of what all these locations mean in relation to his prior life with Sue (falling action), before ultimately returning to his front door where his journey began (resolution).

These two stories share the same structure even though they are completely different in plot and tone. Is it the structure that makes these stories great? A narrative arc resonates with an audience as much as the story itself because humans are preconditioned to seek and solve problems. The human race at its very core, are problem solvers. That’s how humanity put a man on the moon! I think we’ve answered our question. Narrative arcs make stories good. Which leaves us wondering another question, “are narrative arcs the only structure stories can have, to be good?” 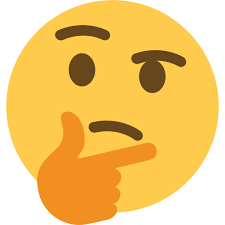 The final stop on our journey is jane alison’s

Beyond the narrative arc

To this point of our journey to discover what makes a story good, we have visited two very different stories that share a similar structure, a narrative arc, but are there other ways to tell a good story? Jane Alison thinks so.

Writers have proposed other shapes or patterns for narrative, too. Italo Calvino says that in  Invisible Cities  he was thinking of a crystal’s shape and “built up a many-faceted structure in which each brief text is close to the others in a series that does not imply logical sequence or a hierarchy, but a network in which one can follow multiple routes and draw multiple, ramified conclusions.’ Gottfried Benn spoke of an orange-shaped narrative, in which segments radiate from or lean toward a central pith. Ross Chambers coined the (terrible) term  loiterature for narratives that can be labyrinthine, digressing extravagantly. And Joseph Frank launched much of this discussion with “The Idea of Spatial Form,’ where he describes a kind of fiction in which juxtaposition or association replaces temporal order, sense not arising from linearity but from puzzle-like compositions or networks.

Alison suggests that the linear story arc that traditionalists of western storytelling espouse is an archaic, unnecessary model. She points out numerous examples of literature that stray from the linear arc model of beginning-middle-end.

Both stories discussed on our journey are written in a linear progression, but not all stories need to follow this pattern. Why can’t stories start at the end, go back to the beginning, and finish in the middle? The answer is they can! 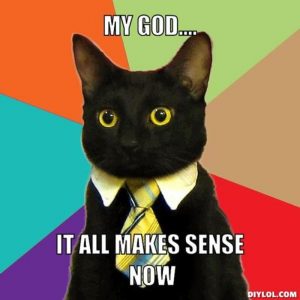 Now that we’re nearing the end of our journey to discover what makes a story good let’s discuss what we’ve learned. Going back to the earliest Greek tragedies stories have followed a similar pattern, the narrative arc. There’s a beginning, where the key characters are introduced. A middle, where the main character/s encounter challenges they must overcome, and an ending that wraps everything up. This is still a popular method for storytelling today and still can make for an outstanding story, but it’s not the only way to tell a story. Stories can have any form and take any shape. Stories can be long or short. Visual or audible. Static or interactive. Stories can have multiple arcs or a single plot.

So what makes a story good? Just about anything if you find the right audience.

Now that our journey has ended and we’ve reached our conclusions are you left wondering if anyone else has ever asked the same question, “what makes a story good?”

Check this link out to see how connections can make a story great.

Do you think a great ending makes a great story?

Even bad stories can be good!