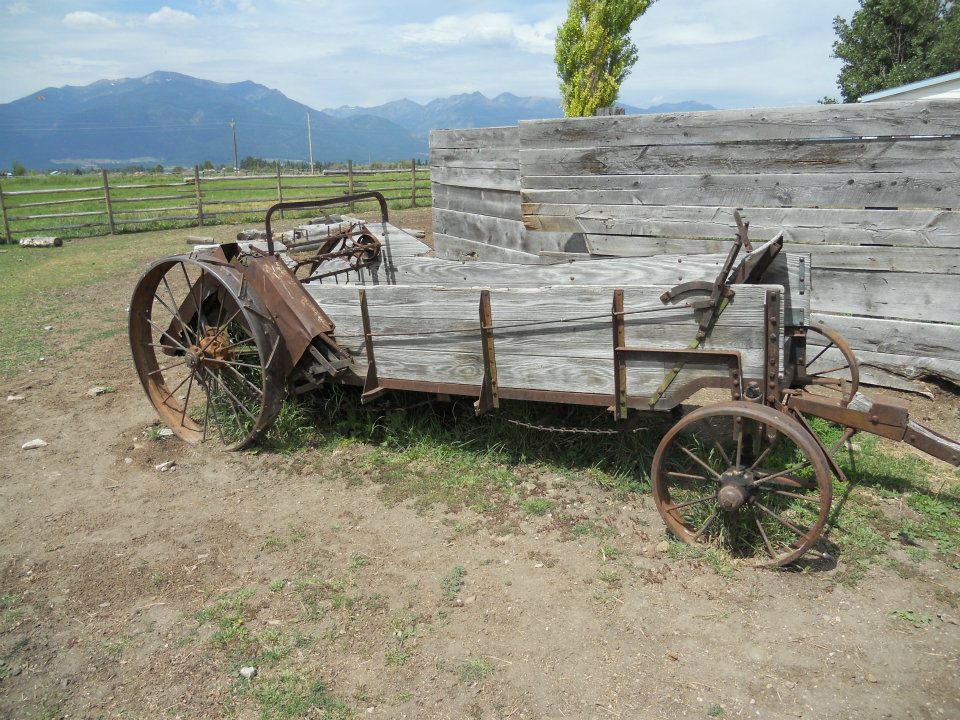 “Why do we have to pick up rocks, Grandpa?’ asked my brother as we walked through the hayfield.   We all despised this job.   It was hot, dirty, monotonous and seemingly pointless.   Every spring, rocks would emerge out of the snow.   Every spring, we would pick up rocks.  Before haying started, the fields had to be clear.   But we knew.   We knew the rocks were growing exponentially under cover of the snow and would reappear again next spring.   It was a never-ending cycle.

“Because cows don’t eat rocks.’   Even to a seven-year-old, Grandpa’s answer was ridiculous.   Cows eat grass and everyone knows that.   But that wasn’t the point of the story.

“But why do we have to pick all the rocks out of the field?   Can’t the cows eat around the rocks?’ I asked.

“Picking up the rock and letting that little bit of grass under it to grow means more pasture for the cows and more hay that I can grow for winter.   But it’s not just for the cows.   I can’t hit a rock with the mower or rake or hay baler.   Do you know what happened when your uncle was young and he got a rock stuck in the sickle bar mower?   When he tried to pull the rock out, the bar moved and that’s why he has half of a middle finger.’ Grandpa chuckled, “Your uncle can’t flip anyone off now.’

That story taught us there were safety reasons with practical applications to make sure hay fields were rock-free.   It must have been an effective story, because both my brother and I have our middle fingers and flipping ability intact.

Does the story change if the mower were horse-drawn rather than tractor powered? 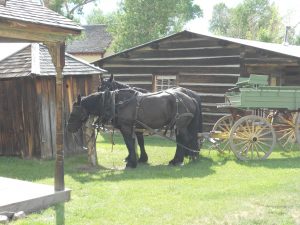 Would this story have been as effective if it was in writing?   Probably not.   “Words are events, they do things, change things” (LeGuin, p. 199).   What if Grandpa just showed us a warning sign not to run over rocks with the mower?   Or had us read the manufacturer’s operating manual?  (Although I doubt a machine from the 1930s would have such a manual).   In his article, “How Stories Change the Brain,’ Paul Zak points out that “stories that are personal and emotionally compelling engage more of the brain, and thus are better remembered, than simply stating a set of facts.’   This idea is echoed by Patrick Moreau’s article on the importance of storytelling over statistics.   “This is some solid evidence to support the idea that a single story will raise more awareness . . . than a statistic.” It’s the experience, rather than just the words, that instills the deepest understanding.

In the past, learners acquired knowledge through stories.   King highlights two similar, but different creation stories.   The Christian version with the omnipotent father figure, dictating the order of the universe and punishing misdeeds.   The other an indigenous story, focusing on problem-solving, cooperation and balance.   The contradiction between these two stories reminds me of the February 11 Slack discussion on truth and lies.   Who’s creation story is true?   Who’s is not?   Can there be two versions of “the truth’ arising out of the same incident?

In the practice law, there are two versions of the truth.   And it’s up to the attorney, as a storyteller, to convince the jury that her client’s version is The Truth.   Paralegals help create the story by gathering information and distilling the relevant facts from the irrelevant; illustrate the narrative with photos, charts, graphics, audio and video; and present the story to the jury.   As the storyteller, the attorney repeats the theme or the central motif in each retelling of the tale to the jury.   She knows she “may need to bring the whole flock back round again more than once’ (LeGuin, p. 201) to emphasis the important elements.   It’s the paralegal’s job to help create that connection between the story and the jury.

This storytelling practice has carried over into my teaching.   Students can connect with the story of “real’ client better just the statistics or facts of the litigation.   Each class has a roster of fictional, but relatable characters and situations students “work” with in learning a particular concept.   Which set of facts creates a connection–the plain text on the left or the video on the right?

Which version is more relatable?   Which has “that one strong character”?   Does the use of media make a more compelling story?   When that fictional client become “real,” students seem to put more effort into advocating for that client.

Bringing the flock back around, it’s the experience of hearing or living a story that creates understanding and connection.  Picking up that story to let a little bit of connection grow is how we learn and how we create relationships.   Every story has the potential to explain, entertain and educate.     Every story has a point (Alexander, p. 6).

King, T. (2003). The truth about stories: a native narrative. Retrieved from https://ebookcentral-proquest-com.proxy.library.uaf.edu/lib/uaf/detail.action?docID=744696

LeGuin, U. K. (2004).  The wave in the mind: Talks and essays on the writer, the reader, and the imagination. Boston: Shambhala.